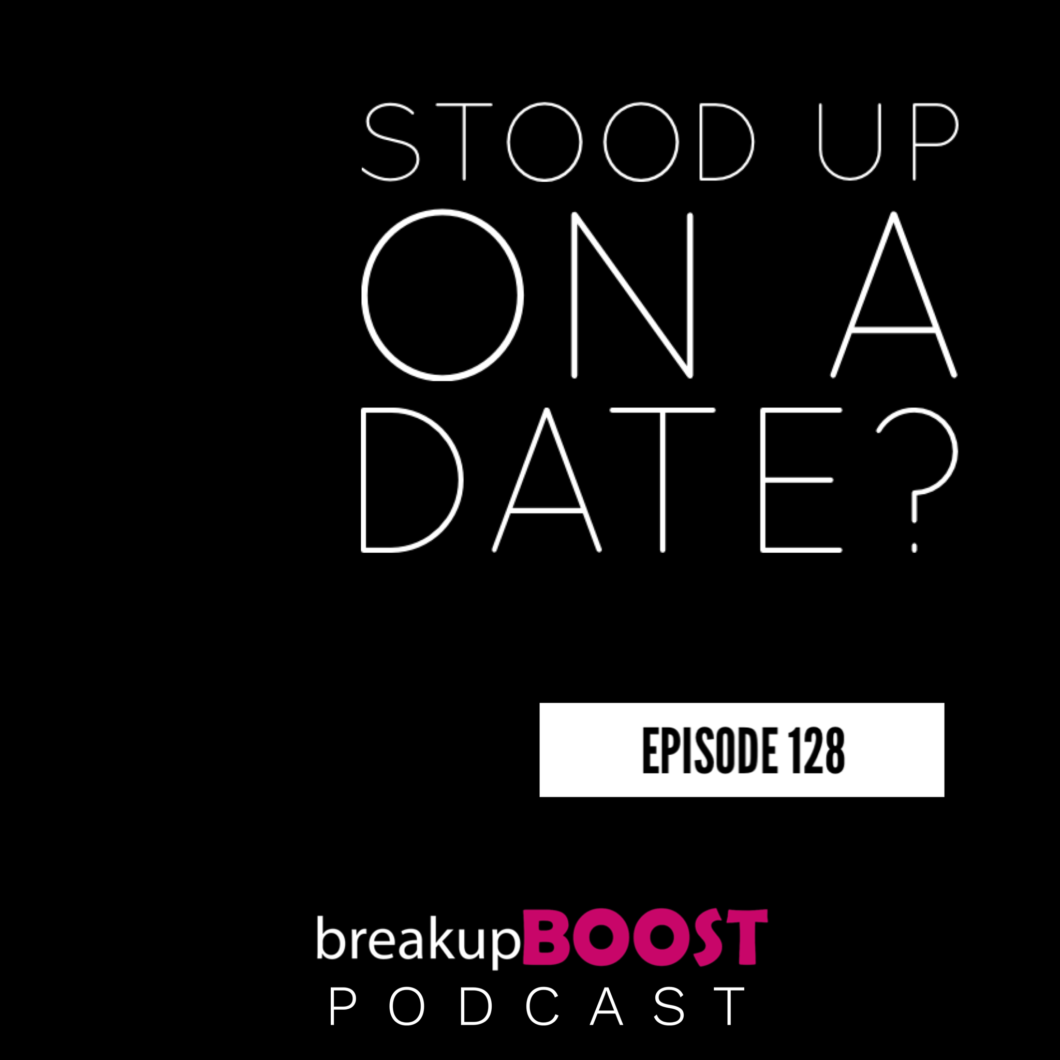 Just to be clear, when I talk being stood up, I am talking about when you go to meet up with someone for a date that the both of you agreed to be at and they don’t show. They don’t let you know that they are not able to make it – they literally just fall off the face of the earth and leave you hanging. Pure class.

Listen to this podcast episode now:

Not able to listen now? Read below:

I’m sorry to anyone listening who has been in this position, but know that you aren’t alone. It seems to be becoming all too common these days with so many people on dating apps.  When people can hide behind their phone or computer and they have never met you before, there is so much less accountability there. When in reality, people should want to be accountable to their word regardless of the situation. If you say you are going to do something, do it…don’t just change your mind because you suddenly don’t feel like it or whatever.

I mean, it’s bad enough when people agree to go out and then flake out with some lame excuse or sudden family emergency that just happens to ironically pop up last minute…but not showing up at all? That is just gross. Not to mention a total time waster. It takes time to plan what you are going to wear, maybe you have had to juggle other things around your date. Women for example often get their nails done or buy a new outfit.

It can also be really hurtful and take a ding out of one’s self-confidence too.

That said, if this happens to you, you need to realize that it’s not about you. They may have decided to bail because they are selfish and apparently don’t seem to have much of a conscience. Maybe they just really didn’t care. Maybe they felt as though something better came up. Maybe they have so many dates lined up, that the one before you went overtime …or maybe they forgot about the date altogether. Maybe they ended up getting stuck at work and just thought it would be easier to avoid you instead of explaining it to you. Maybe they got nervous and chickened out. Maybe they wanted to avoid any type of backlash that could have popped up due to them cancelling. NONE of these reasons are acceptable for standing anyone up – but again – you can’t control it when this happens to you. You can only control yourself and your own actions.

Someone who has no problem doing this to someone else speaks volumes about their character. When people don’t honor the commitments they make, it is likely reflective in other areas of their life as well. They probably have a history of being unreliable, they likely don’t understand the concept of putting yourself in the other person’s shoes, and chances are high that they are quite disorganized. It is likely they are more moody as well – because at one point they agree to the date, and then the next they just don’t feel like being bothered.

So what should you do if you were stood up? Well, in the case where you are meeting up somewhere busy, there is a chance you just don’t see each other. Or maybe there was confusion as to where to meet up. If 5 minutes go by and there is no sign of them, call them – and I don’t mean text. No, seriously use the phone for what it is for and call them. Everyone has their phone on them – and a text is too easy of a way out. If you call them and they don’t answer, they will be able to see that you called, so even in the off chance that something happened, they will eventually see that you called. Plus, when you text, you can literally then feel like you need to wait for them to text back.

THEY KNOW they were supposed to meet you – if they can’t answer the damn phone, they aren’t coming.  And if they were running late, they should know to call you to let you know they are running late.

If you find yourself making excuses for them, just stop.

And don’t keep calling them or texting them. Just drop it. If they wanted to reach out at a later date, it is THEIR place to do so. If you keep trying to contact them AFTER they cared so little about you that they stood you up, it looks desperate.

And why would you even want to give them a second chance anyways? It may just be a second chance for them to stand you up. I know if I was in this position, they would absolutely NOT be seeing me again. I have no time in my life for people who can’t even be dependable or have manners. Yuck. Plus, it shows exactly what you can expect down the line, as this type of wishy-washy behaviour usually just becomes a pattern. Their contact info would be deleted and I would just let it go. Someone like this isn’t even worth thinking about.

You are clearly better off without them. They would have had nothing to contribute to your life if they didn’t even care about wasting your time. Be grateful that they weeded themselves out of your life on their own.

The best thing you can do is keep your head held high, know that is it a reflection of them and not anything you did, and just move on.

And in saying all of this, if any of you listening flake out or bail on people – stop doing this. Don’t agree to do something just because it seemed like a good idea in the moment. When you know better, do better. Plus, you attract what you are. If you keep doing this to others, don’t be shocked when it comes back to you.