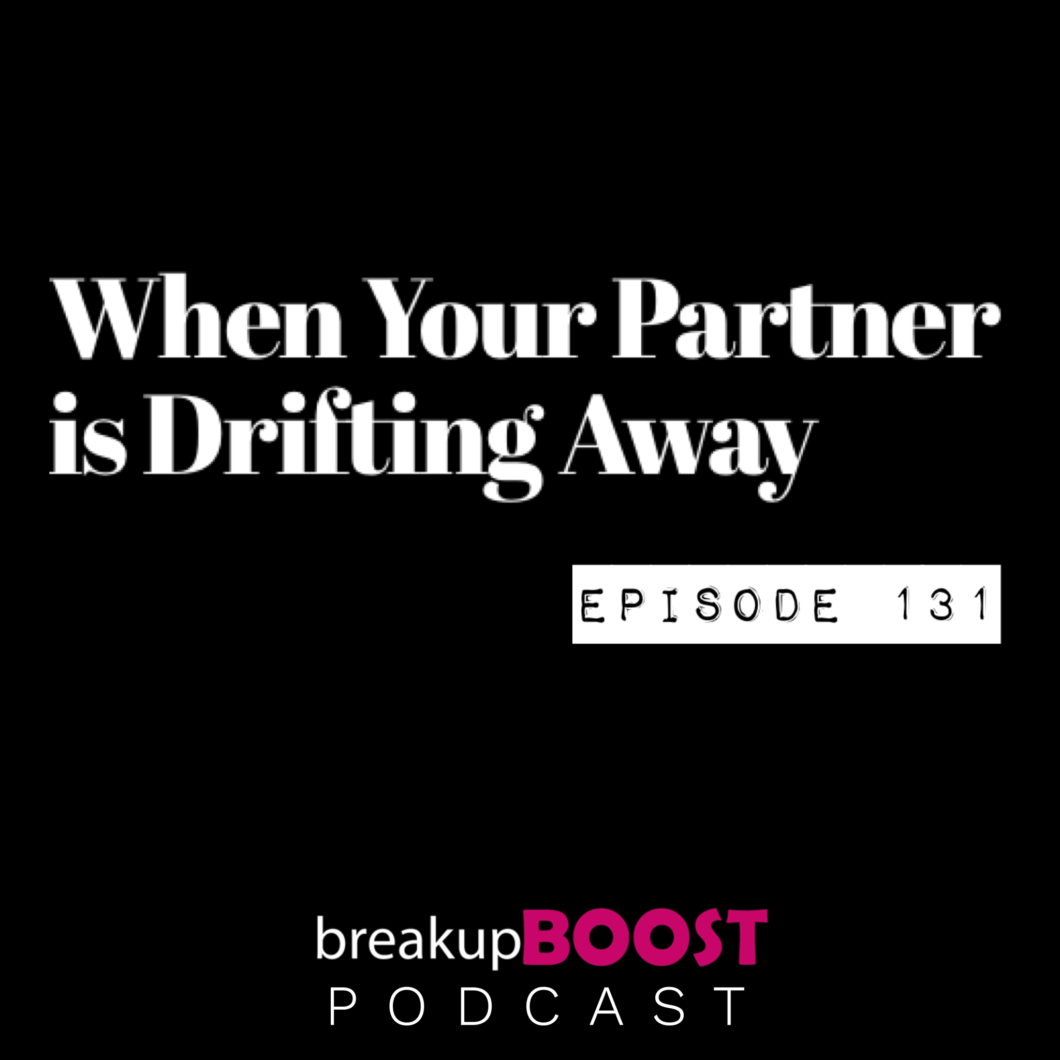 When you first meet someone, it’s obviously based on attraction. Then, if you also have that chemistry and connection, you spend lots of time together, have fun, and discover what you have in common.

You likely talk about if either of you wants kids one day or if you see yourself getting married…but none of this really gets too serious until you have dated for a longer period of time. And at this point, it’s fun to think you would be together “forever”, but, as most of us know, things change…and although it sounds nice and loving and comforting to say “forever”, the truth is, that no one really knows what can possibly happen from one day to the next.

LISTEN to the episode now (or continue reading below):

There is always so much excitement in the beginning, and that is why people often think that someone is “the one” for them. Everything just seems so perfect.

And this is exactly why people have such a hard time letting go of relationships – because they keep focusing on how great things were, things that were said, plans that were made.

But a relationship needs consistency, effort, great communication, compromise, and commitment on both ends to survive and thrive. When a relationship doesn’t have these things, it creates a lot of stress on the relationship and you can feel like you are drifting apart.

And that can be really scary and bring on a lot of fear when you feel as though you aren’t as close as you once were. Maybe the texts and calls become less frequent. Maybe you start spending less time together. You may feel like you are the only one who is still invested in the relationship.

The thing is though – if you feel as though someone is drifting away from you, there is a reason why they are doing this.

If you feel as though your partner is pulling away, don’t just ignore it or cause an argument about it. Sit down and have a calm and collected conversation about things. The only way you are going to get to the bottom of what is going on is if you take the right approach. If you start nagging at them or complaining, they will likely just push them away further.

Yes, it can be awkward and uncomfortable to have these types of conversations, but it is so important to not just avoid things or put things off – because then the issues will just get worse. The importance of having ongoing honest discussions cannot be emphasized enough.

And you have to be open to whatever they say. If they are feeling as though they are not as happy as they once were, you can’t just get defensive or combative about it. It’s so important to be a good listener and really show that you care about what they are saying.

Even if they say that they don’t see the relationship progressing, it’s better for them to be open and honest about it than drag things on, waste your time, and have the both of you pretending that everything is great.

Maybe you discover that you don’t want the same things in life after all. Or maybe the two of you are on a different timeline…or maybe one of you even wants to move to another city.

This is not the easiest thing to face, of course, but the sooner the two of you can come to the conclusion that you are not meant to be “forever”, the sooner you can start a new chapter of your life. This doesn’t mean that you don’t love and care for one another. You can still love and care for someone and not be in a relationship with them. It’s just a different type of love. Not the type of love where you are willing to fight tooth and nail to be with each other, no matter what.

It’s just being realistic – if you have too many drastic differences or if one of you isn’t feeling the relationship anymore, you won’t have a future. You’ll just have frustration, arguments, and built-up resentment. The relationship will eventually crack, so it’s better to go your separate ways before you end up feeling like you wasted a lot of time.

If you stay together just to stay together, how is that going to lead to feeling satisfied, fulfilled, and happy?